ICP water testing has become the cutting edge for water quality analysis technology in the environmental sciences and more recently in the reef aquarium world. The leader in ICP-OES water testing is a company called Spectra and they have a new machine called the Spectrogreen that is poised to raise the bar on what ICP water testing is capable of.

The Spectrogreen still creates the same Inductively Coupled Plasma of ‘ICP’ and measures the Optical Emission Spectrometry (OES) as before but now it reads the signal with Dual Side On Interface (DSOI). We’ll admit that is a ton of different acronyms to keep track of but what this amounts to is that the Spectrogreen “achieves twice the sensitivity of conventional radial-plasma-view instruments“. 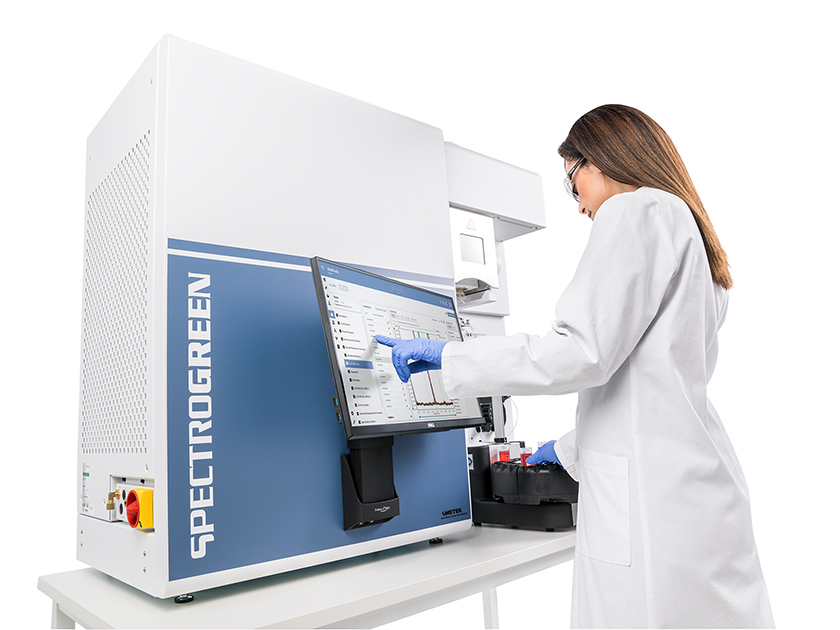 Loosely translated all the technical talk means that the new Spectrogreen ICP-OES will be able to measure lower levels of trace elements than ever before, while the major elements will be even more accurate. Perhaps more importantly, the Spectrogreen ICP machine will be even more sensitive at detecting trace amounts of contaminants and heavy metals that often cause problems in reef tanks.

The average reef aquarists doesn’t exactly care how ICP machines get their results and ICP testing is used mostly to verify that we are getting accurate results with our own consumer test kits. However most people send in their first samples for ICP testing when they are having issues with their tank so the increased sensitivity of results performed by testing services using the Spectrogreen should be better than ever before at discovering potential problems in our aquarium water.

Another big benefit of the Spectrogreen is that the higher sensitivity is paired up with faster read times and much faster sample processing so a single machine should be able to perform many more tests per day, hopefully leading to faster turnaround times and cheaper testing for service customers. Unfortunately for the aquarium market, many companies have already invested in the previous generation of ICP-OES machines from Spectra so we can’t say for certain when this new degree of ICP precision will be available from Oceamo, Fauna Marin, Triton, and ICP-Analysis.

We Got a Lot Off Our Chest with ReefBum [Video]